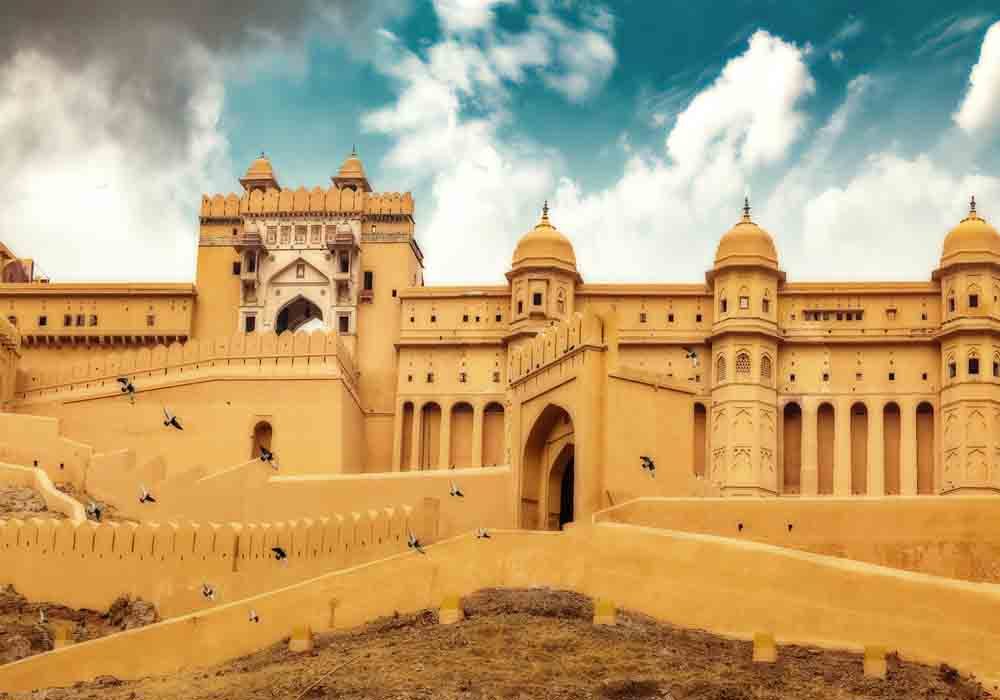 Amber (pronounced Amer) is at a distance of about 11 kilometres from Jaipur. Now a UNESCO World Heritage Site, it was the bastion of the Kachwahas of Amber, until the capital was moved to the plains, to what is today Jaipur. The palace, located in craggy hills, is a beautiful melange of Hindu and Mughal styles. Raja Man Singh I began construction in 1592 and the palace, which was built as a strong, safe haven against attacking enemies, was completed by Mirja Raja Jai Singh. The contrast between the harsh exterior and the inviting interior couldn’t be more surprising. Made entirely of red sandstone and white marble, visitors are left spellbound by the magnificence of the palace that utilises carvings, precious stones and mirrors. The splendour of the palace is enhanced by the breath-taking vista of the Maota Lake in front. The palace is nearly seven centuries old and has a legendary past. Originally a small structure that the Rajputs won from the Meena tribes, it was later transformed into the grand Amber Palace. 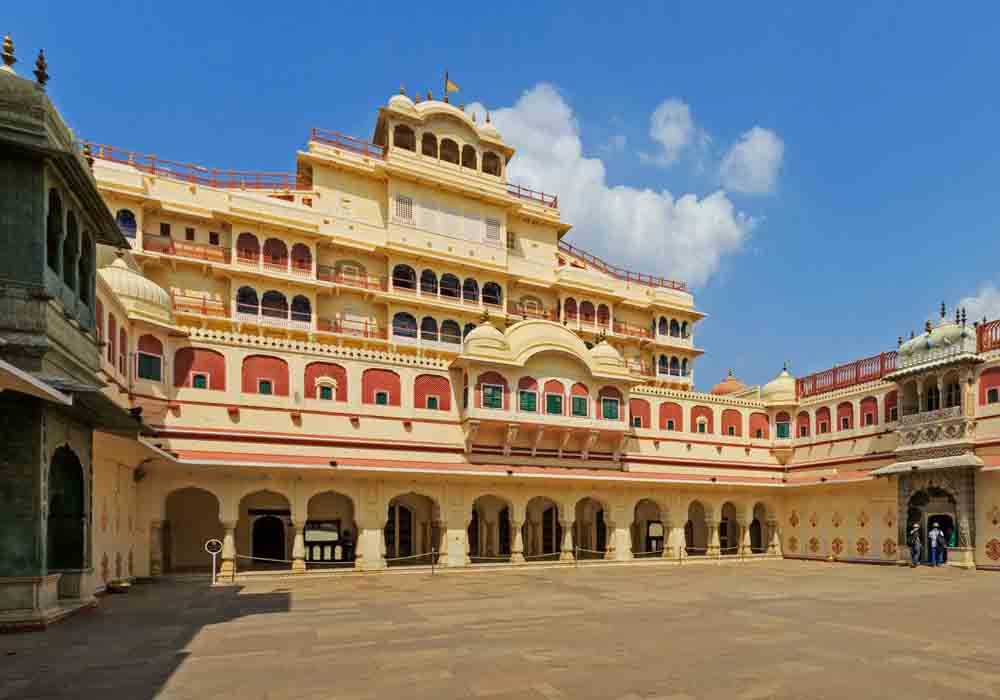 Located deep within the walled city, the City Palace Complex was conceived and built by Maharaja Sawai Jai Singh II, the founder of Jaipur. A beautiful fusion of Mughal and Rajput architecture, the palace is still home to the last ruling royal family which lives in a private section of the palace. Maharaja Sawai Jai Singh II is credited with building most of the structures, but it was expanded upon by later rulers as well. The City Palace Complex includes the Mubarak Mahal (the palace of reception) and the Maharani’s Palace (the palace of the queen). Mubarak Mahal now houses the Maharaja Sawai Man Singh II Museum and displays a vast and unique collection of royal costumes, delicate Pashmina (Kashmiri) shawls, Benaras silk saris, and other dresses with Sanganeri prints and folk embroidery. The clothes of Maharaja Sawai Madho Singh I are also on display. The Maharani’s Palace, surprisingly, has an interesting display of very well-preserved Rajput weaponry, some dating back to the 15th century. Other than the arms, the palace is adorned with beautiful paintings on the ceiling that are well-maintained. 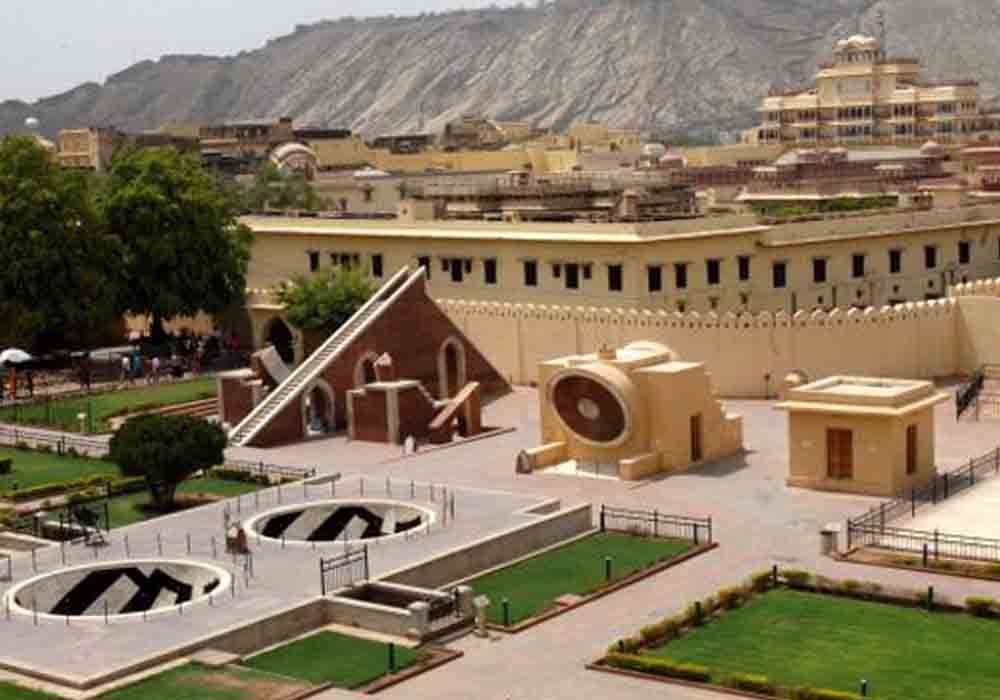 Now a UNESCO World Heritage Site, Jantar Mantar in Jaipur is considered to be the largest of the five astronomical observatories built by Maharaja Sawai Jai Singh II, the founder of Jaipur. It contains sixteen geometric devices, designed to measure time, track celestial bodies and observe the orbits of the planets around the sun. It also houses the Interpretation Centre that helps the tourists to understand about the working principles & chronolgy of the observatory. 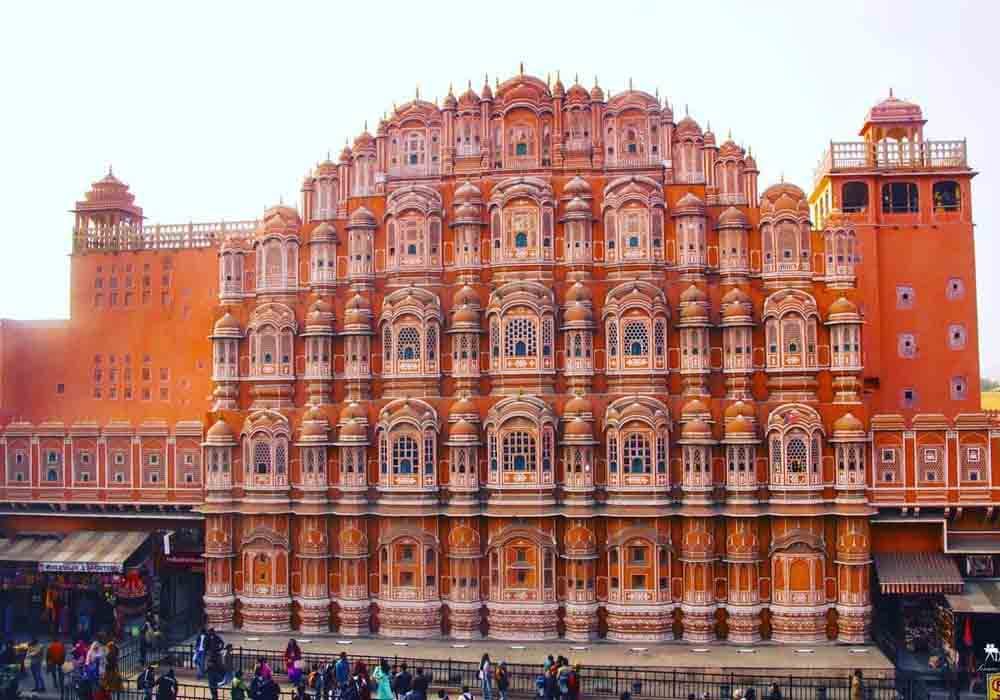 Hawa Mahal, literally the Palace of Winds, was built in 1799 by the poet king Sawai Pratap Singh as a summer retreat for him and his family. It also served as a place where the ladies of the royal household could observe everyday life without being seen themselves. This unique five-storey structure is a blend of Hindu and Islamic architecture, and the exterior, with its small latticed windows (called jharokhas), resembles the crown of Lord Krishna. The windows also serve as an air-conditioner of sorts, blowing cool air throughout the palace, making it the perfect retreat during summers. Built from pink sandstone, the Hawa Mahal is Jaipur’s iconic landmark and visitors can view its complete magnificence from outside, from across the road. However, it is also possible to climb right up to the top for a wonderful view from the windows. Today, the Mahal is maintained by the Archaeological Department of the Government of Rajasthan and also houses an archaeological museum in the courtyard. 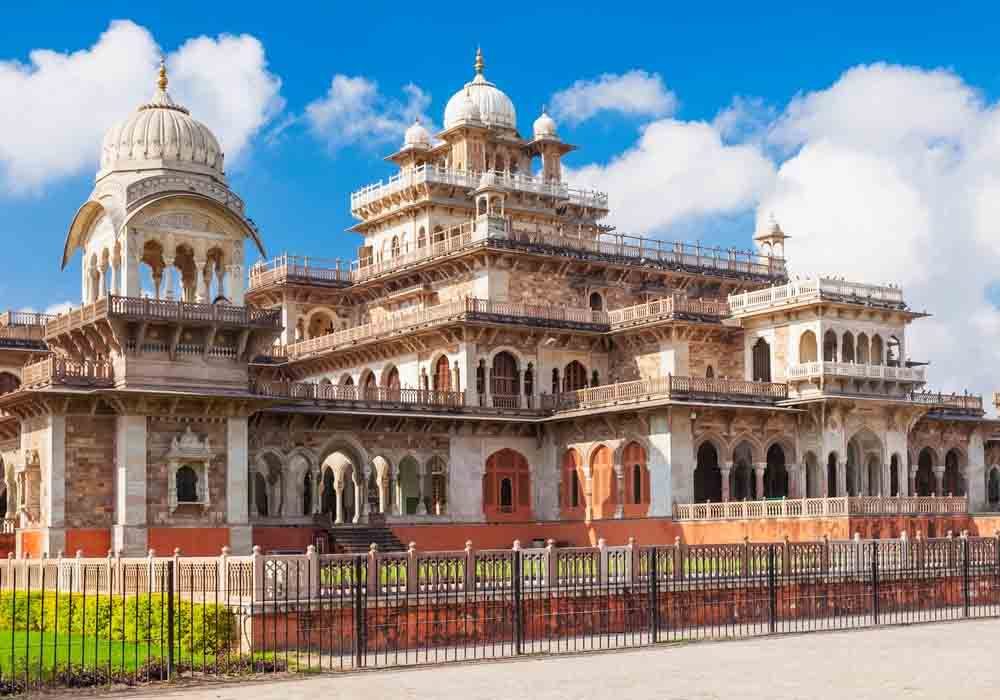 The building gets its name from The Victoria and Albert Museum in London, the inspiration for its design. The exquisitely built Albert Hall is housed in the centre of Ram Niwas Garden. Sir Swinton Jacob (who is also the mastermind behind many other palaces in Rajasthan) conceptualised and designed it using styles from the Indo-Sarcenic architecture and the Prince of Wales laid the foundation stone of the building in 1876. The museum displays a wide range of metal objects, wood crafts, carpets, stone and metal sculptures, arms and weapons, natural stones and ivory goods. It also houses a large collection of miniatures from Bundi, Kota, Kishangarh, Udaipur and Jaipur schools of art. 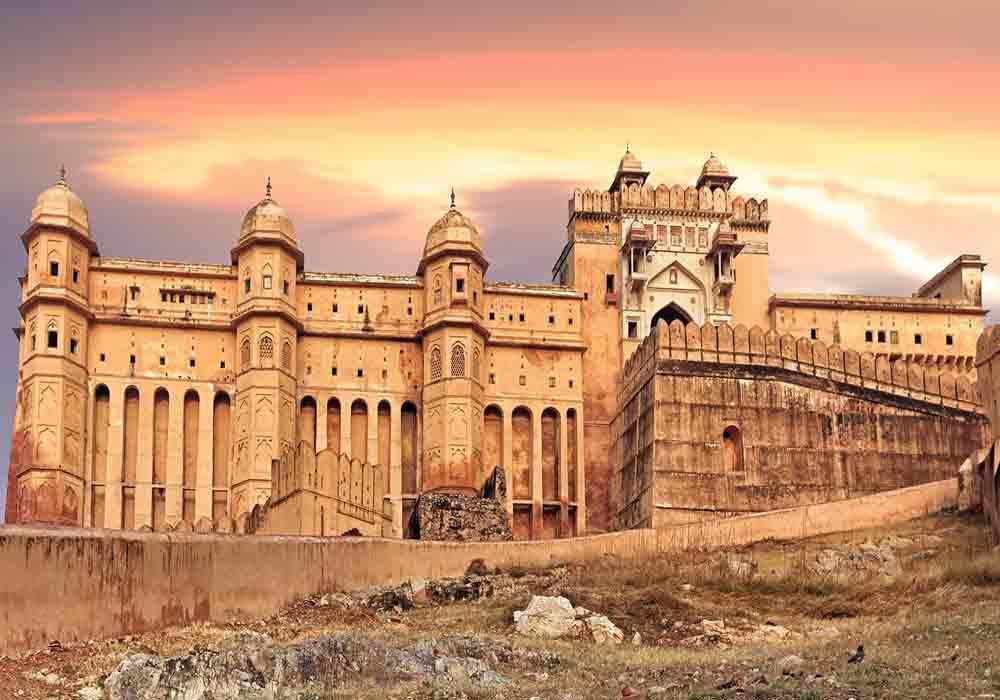 Nahargarh Fort sits proudly on a ridge of the Aravalli Hills, creating an impressive northern backdrop to the city of Jaipur. It was constructed during the reign of Jai Singh in 1734, and was later expanded in 1868. Nahargarh, which means abode of tigers, was a formidable barrier, defending Jaipur against attacking enemies. Within its walls, the fort houses Madhavendra Bhawan, the summer destination for the members of the royal family. Built by Sawai Madho Singh, the palace has 12 matching boudoirs for the queens, at the head of which is a suite for the king. They are all connected by corridors decorated with delicate murals. Even today the palace is a favoured spot for local picnickers. The fort looks brilliant when floodlit at night. Overlooking the city, it presents a glittering view of the city lights.

Chat on WhatsApp
Hello
Hello,🙏
Welcome to Shree Ram Tour And Travels
How Can We Help You ?
Call Now Button