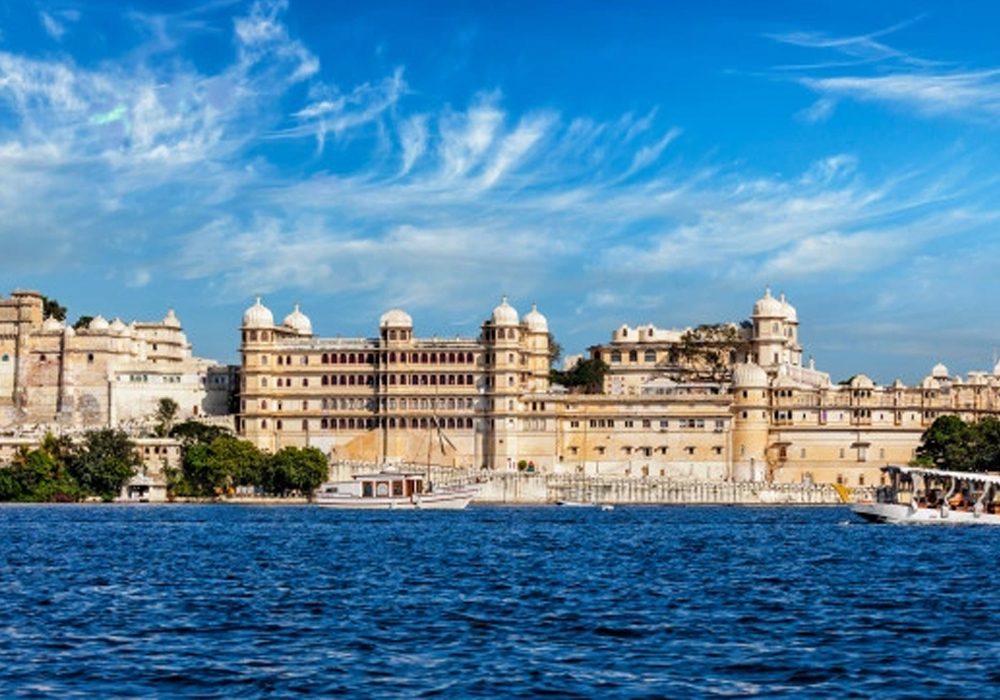 Now a hotel but was originally called Jagniwas and served as a summer palace. Built between 1743 and 1746 on the island near Jagmandir in Lake Pichola, the palace, which faces east, is a wondrous sight to behold. The walls made of black and white marbles are adorned with semi-precious stones and ornamented niches. Gardens, fountains, pillared terraces, and columns line its courtyards. 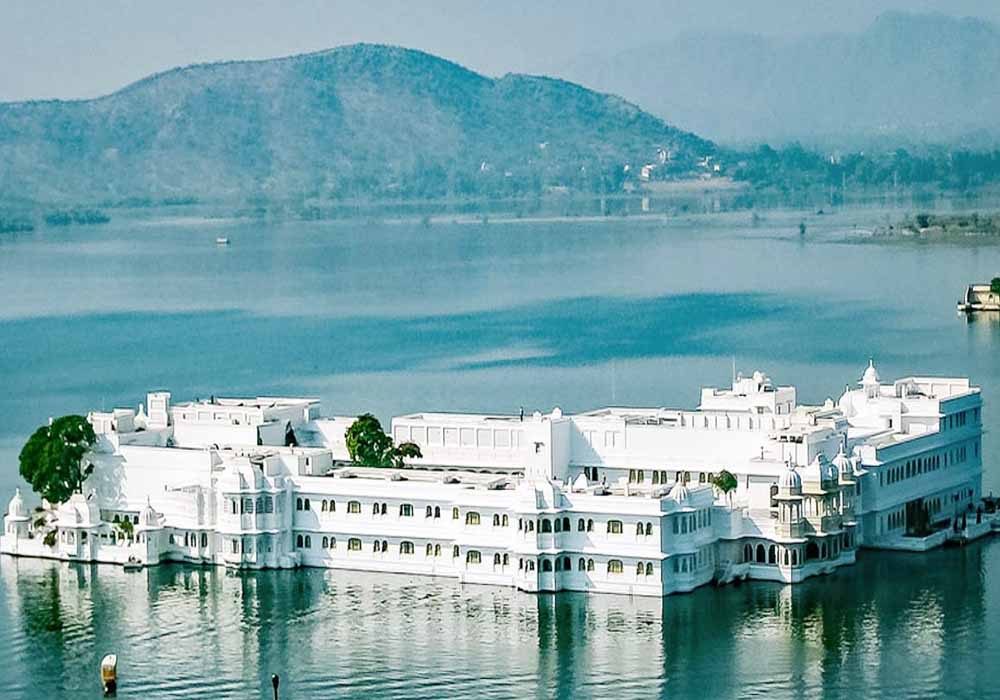 The City Palace towers over Lake Pichola. The balconies, cupolas, and towers of the palace give a wonderful view of the lake and the surrounding city. This complex actually consists of four major and several minor palaces that collectively form the magnificent City Palace. The main part of the palace is now preserved as a museum displaying artifacts. 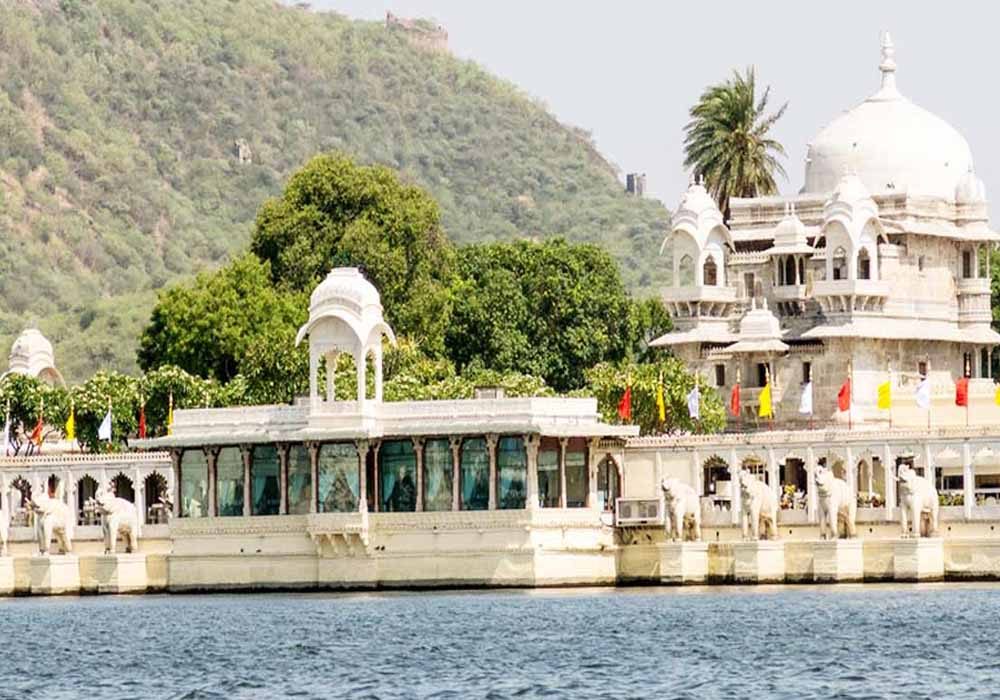 Jagmandir is a palace built on an island on the Lake Pichola. Also called the ‘Lake Garden Palace’, the construction for this began in 1620 and was completed around 1652. The royal family used the palace as its summer resort and for hosting parties. Interestingly, Prince Khurram – later Emperor Shah Jahan – was given shelter here when he rebelled against his father Emperor Jahangir. The Palace had such an impact on Emperor Shah Jahan that it went on to become the inspiration for one of the most magnificent Wonders of the World, The Taj Mahal. 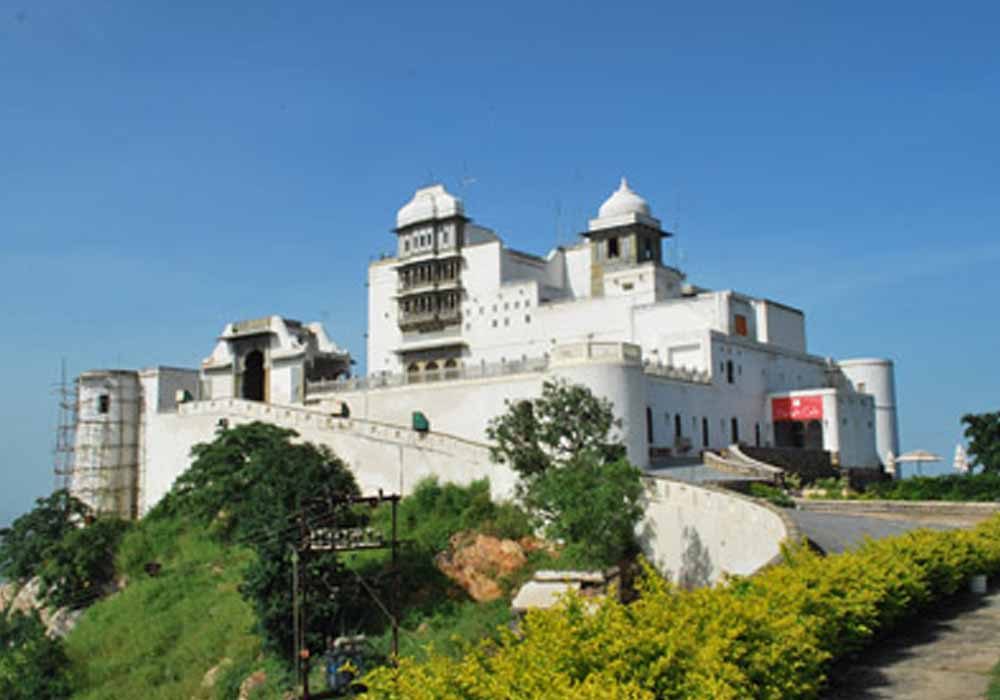 Situated just outside Udaipur, this 19th-century palace is built on top of Bansdara hills. Used as a monsoon palace and hunting lodge, its builder, Maharana Sajjan Singh, originally planned to make it an astronomical center. The plan was cancelled with Maharana Sajjan Singh’s premature death. It is still an awe-inspiring sight on the Udaipur skyline and offers spectacular views of the city and the areas around. 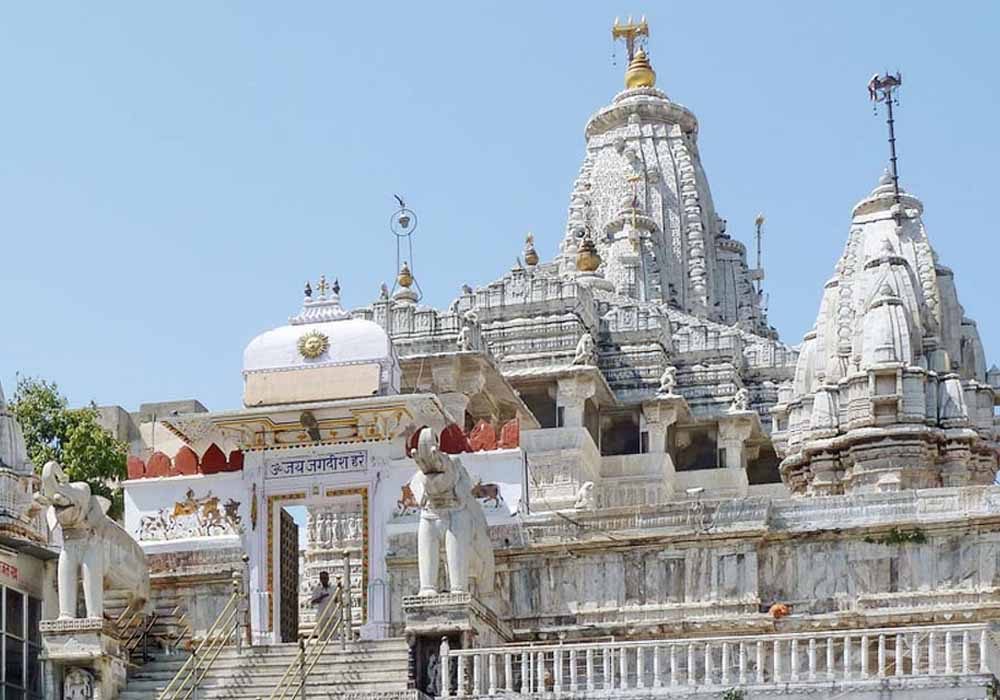 An example of the Indo-Aryan style of architecture, Jagdish Temple was built in 1651 and continues to be one of the most famous temples in and around Udaipur. Dedicated to Lord Vishnu, the structure is an architectural marvel with carved pillars, graceful ceilings and painted walls. This three-storied temple was built by Maharana Jagat Singh I. 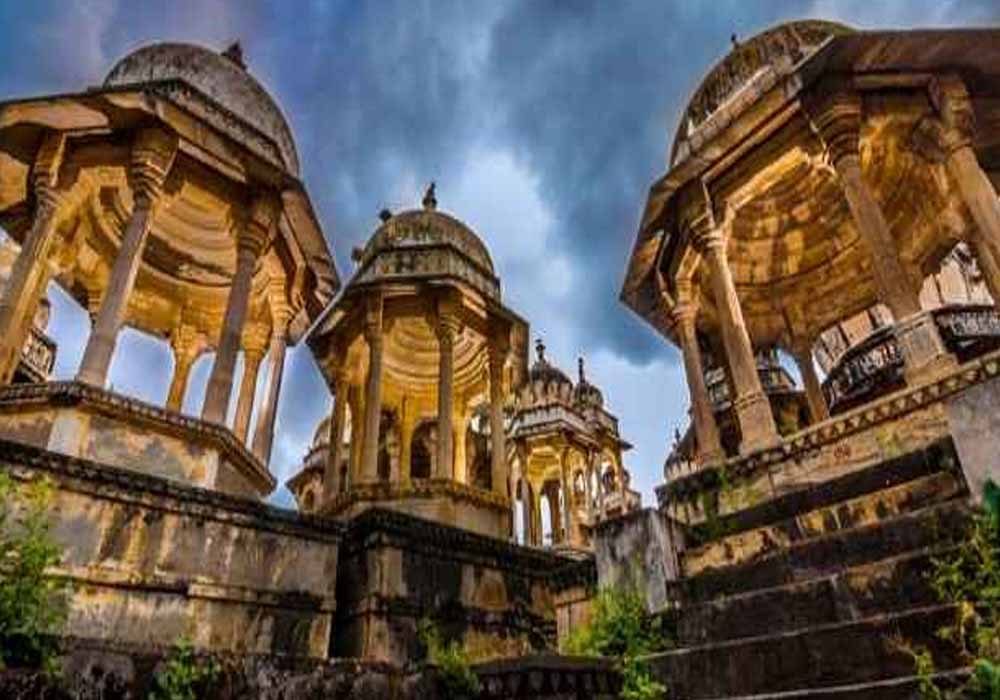 Ahar Museum is in close proximity to an impressive cluster of cenotaphs of the Maharanas of Mewar. The museum has a small, but rare collection of earthen pottery. You can also browse through sculptures and archaeological finds, a few dating back to 1700 BC. A 10th century metal figure of Buddha is a special attraction here. 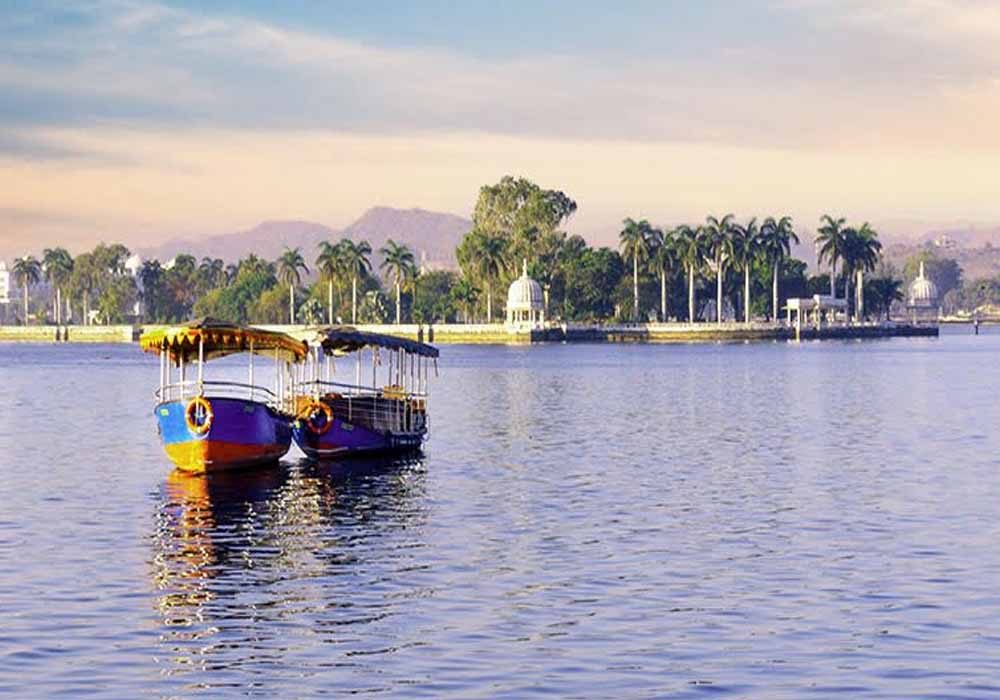 This delightful lake, bordered by hills and woodlands, lies to the north of Lake Pichola. This artificial lake is connected to Lake Pichola by a canal. The lake houses the beautiful Nehru Island as well as an islet on which stands the Udaipur Solar Observatory. It was inaugurated by the Duke of Connaught and was initially called Connaught Bundh. 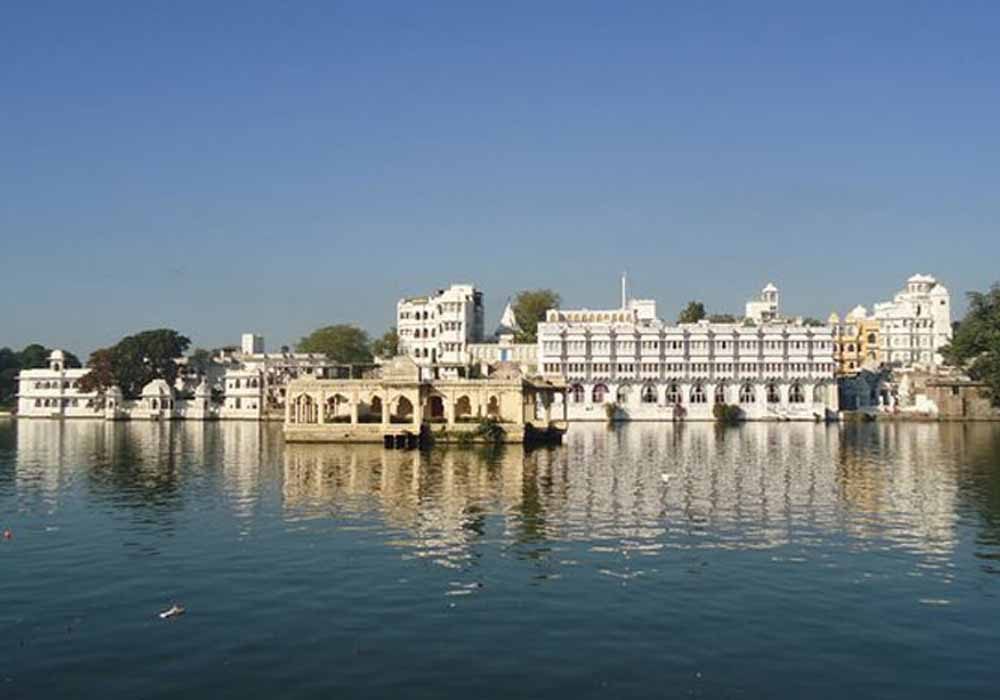 Picholi was the name of a village that lent its name to the lake. The islands of Jagniwas and Jagmandir are housed in this lake. Along the eastern banks of the lake lies the City Palace. A boat ride in the lake around sunset offers a breathtaking view of the Lake and City Palace. 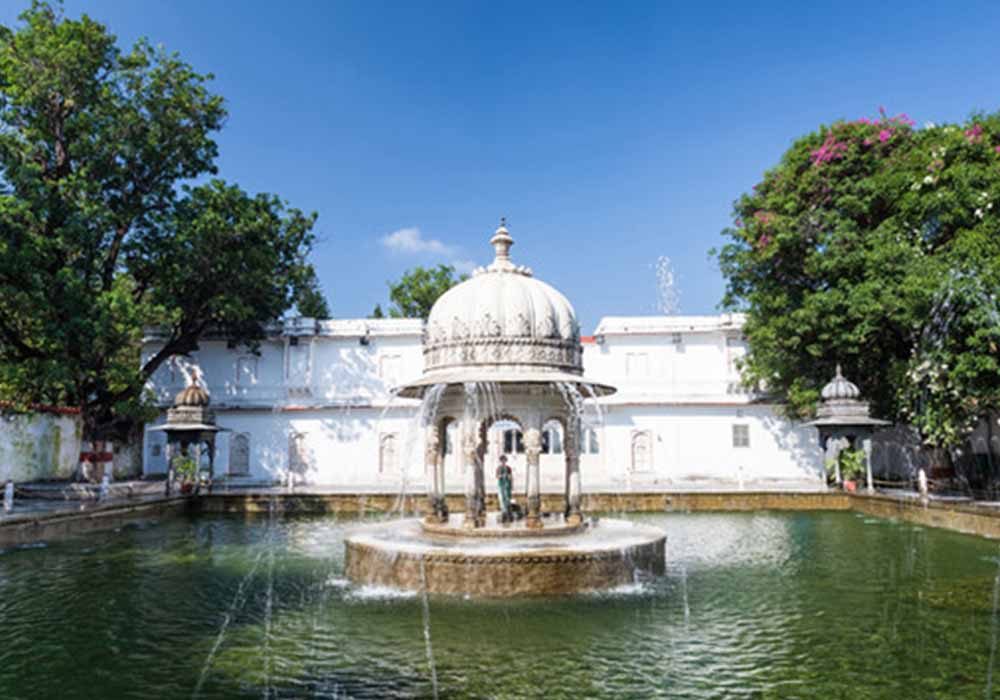 Built by Maharana Sangram Singh II as a garden for women, Saheliyon-ki-Bari or the Garden of the Maidens is a popular tourist destination. Along with a small museum, it has several attractions such as marble elephants, fountains, kiosks and a lotus pool.

Gulab Bagh (Sajjan Niwas Garden) is the largest garden in Udaipur. Spread over 100 acres, the garden proudly displays innumerable species of roses, from which it also gets its name. 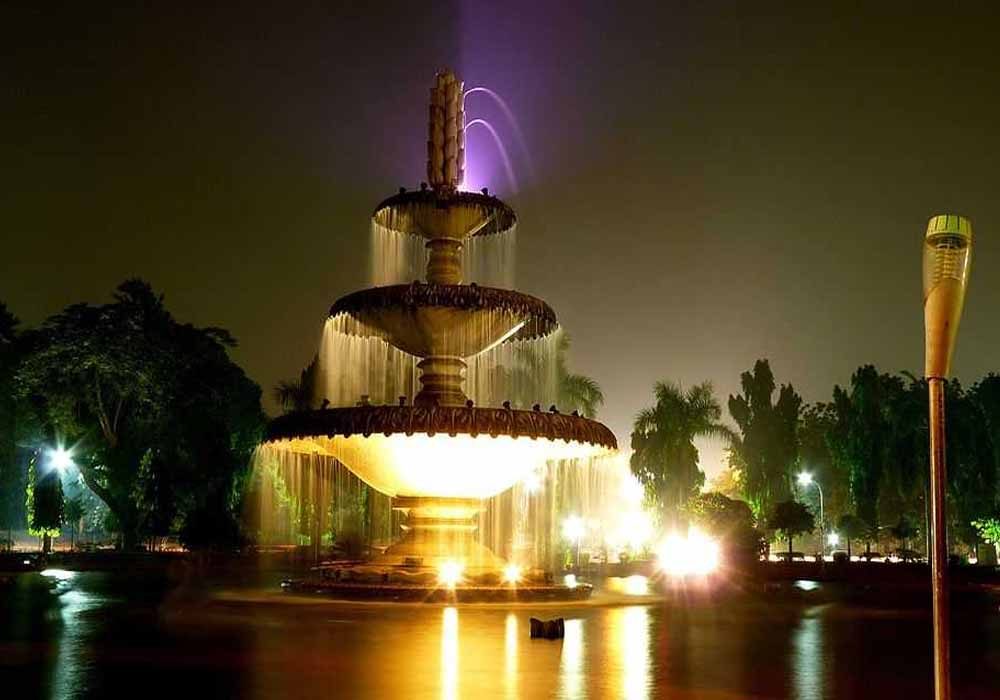 Sukhadia Circle lies to the north of Udaipur. It comprises a small pond that also houses a 21 foot tall, three-tiered marble fountain. Decorated with beautifully carved motifs, the fountain looks spectacular at night when it is lit up. The fountain is surrounded by gardens, creating a perfect oasis in a city bustling with tourists. 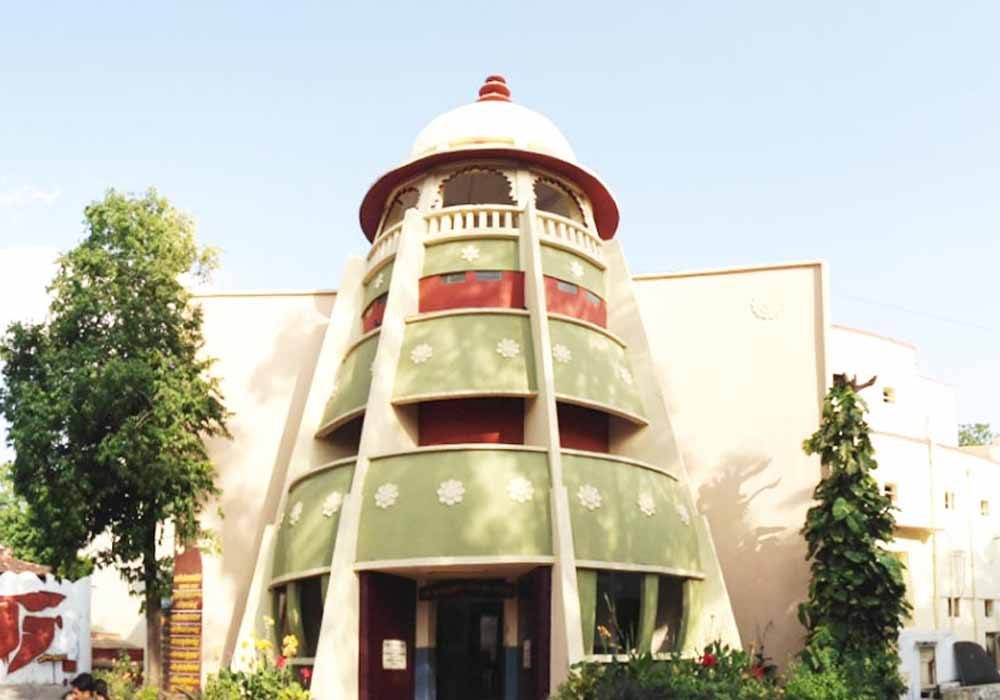 Dedicated to the study of folk art, culture, songs and festivals of Rajasthan, Gujrat and Madhya Pradesh, Bharatiya Lok Kala Mandal is a cultural institution in Udaipur. Besides propagating folk culture, it also houses a museum that exhibits various artefacts of Rajasthani culture. 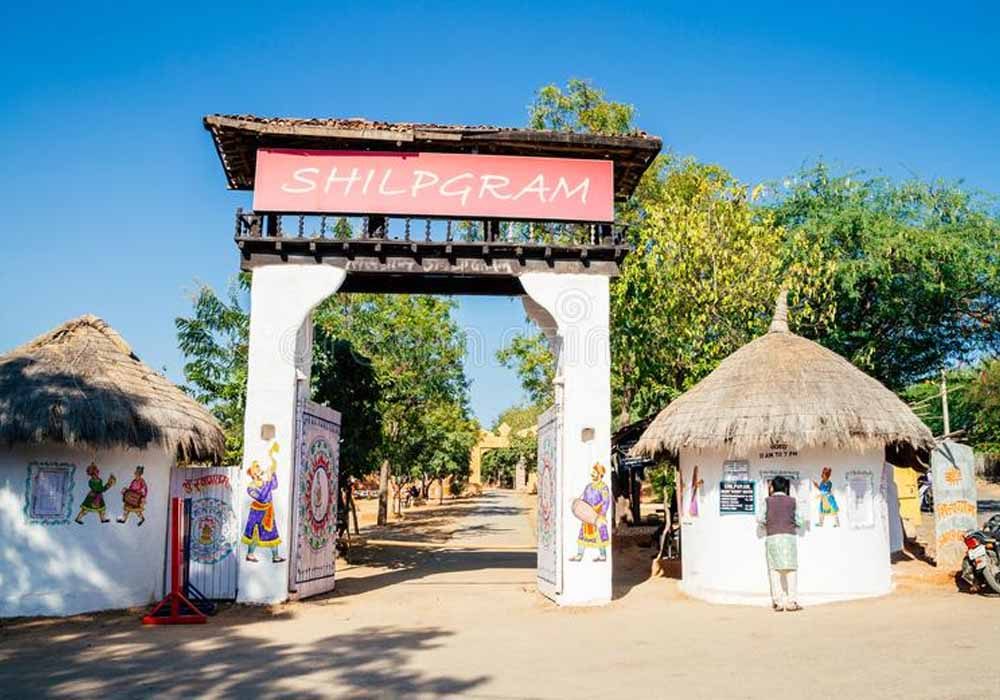 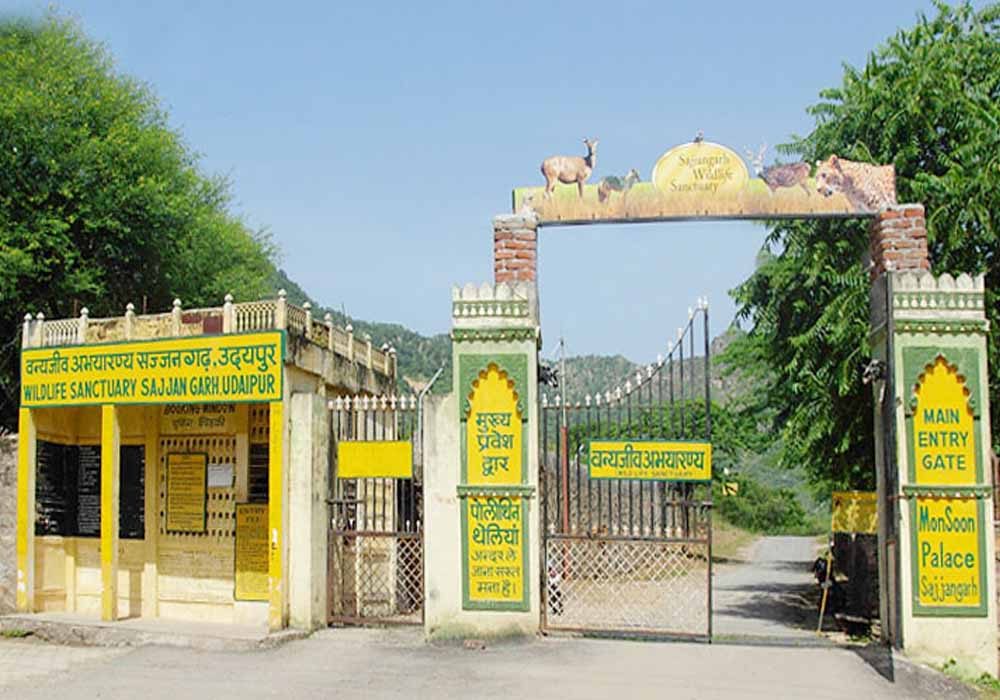 The Udaipur Biological Park, also known as the Sajjangarh Biological Park is located just beneath the Monsoon Palace, and is around 8 km from the city center. The Sajjangarh Biological Park was built with an aim to conserve the threatened flora and fauna within the area. Upon its inauguration, the park received more than 46 thousand visitors in a month, which is a feat in itself. At present, it has 60 animals from 21 species, including the Himalayan black bear, panthers, Indian porcupine, chital, ghariyal, marsh crocodile, white tiger, Asiatic lion etc., making it a haven for those who love to see wildlife up close.

Chat on WhatsApp
Hello
Hello,🙏
Welcome to Shree Ram Tour And Travels
How Can We Help You ?
Call Now Button